- October 03, 2014
As described in the exhibition catalogue, "Crying with Trees attempts to move beyond the confinement of introspection and examine external issues with sights way beyond the realm of human culture." Large landscape paintings make perfect wall hangings in big homes, as Chong Siew Ying's solo exhibition sold out by its opening, no doubt supported by a loyal friend/fan base. The story of one determined rural Hakka woman artist is oft-touted to capture the imagination of the privileged, sometimes masking her alluring use of acrylic emulsion to create a Chinese ink effect. Invoking nostalgia at its best, Siew Ying’s monochrome works unfortunately feel flat when exhibited on white walls with a reflective floor. One external issue the struggling gallery should consider examining, among others.

Curator-turned-artist Brian Robinson exhibits his printmaking output at Shalini Ganendra's, which sees stylised motifs derived from aboriginal art in the Torres Straits, north-west of Australia. Markedly different from the dots and country landscapes associated with mainland indigenous art, Brian fuses local myths and contemporary objects into beautiful and quirky images. Life in the Torres Straits was significantly altered after evangelists landed in 1871, which led to eventual prosperity but also the decline of cultural practices. In 'Sa mina las kaikai', which translates to 'The Last Supper' in broken English, the artist combines familiar iconography that celebrates an acceptance of heritage which co-exists with contemporary life.

In a land devoid of four seasons, celebrating the Mid-Autumn festival中秋节 is a live example of migrated culture, ethical mooncake exchanges notwithstanding. Childhood memories of melting candles to create wax sculptures, and watching wind start a fire from a string of paper lanterns, are events no longer common in our urban playgrounds. Artificial truths replace traditional practice; fear overwhelms nature, just like battery-operated lanterns. At Aku Café & Gallery, beautiful animal silhouettes are projected between carved wooden windows hung on walls. Weariness must exist, time has past, if coloured shadows can generate nostalgia. 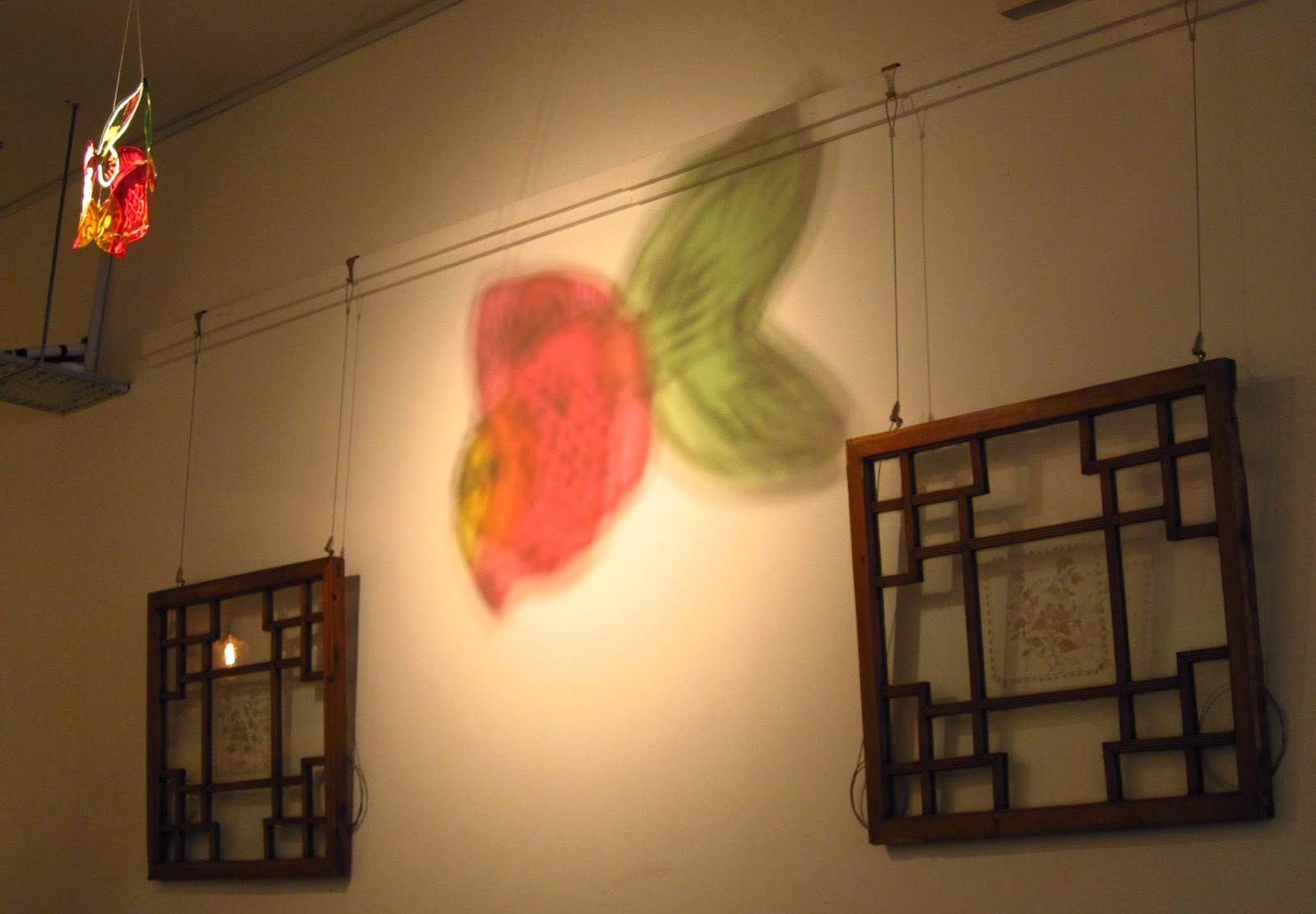 Khairudin Zainudin’s sketchy drawings sell well, and one hopes that his rising fame does not stunt the artistic growth of this young artist. Overlapping lines depicting human gestures are a visual gimmick; When paired against static objects like printed stickers on commuter trains, the end result is a more balanced composition. “Senyap Dalam Gege” captures moving images in populated urban places, but the briskly applied colours denote a failed experiment. His titles are direct yet occasionally evoke pensive sentiments, such as the pakcik sitting on train tracks in ‘Terima dengan Rela’, and the makcik operating a food stall in ‘Dalam Kelembutan Ada Kekuatan’.

Google Street View finally makes its début in Peninsular Malaysia, as one engages in the inevitable act of virtual voyeurism. While we await local interpretations of Doug Rickard, it was interesting to capture a snapshot of Publika's Black Box gallery, which was hosting the Kuala Lumpur edition of "Media/Art Kitchen". Appropriate coincidence?